Commons Touch - The discussion about Transport 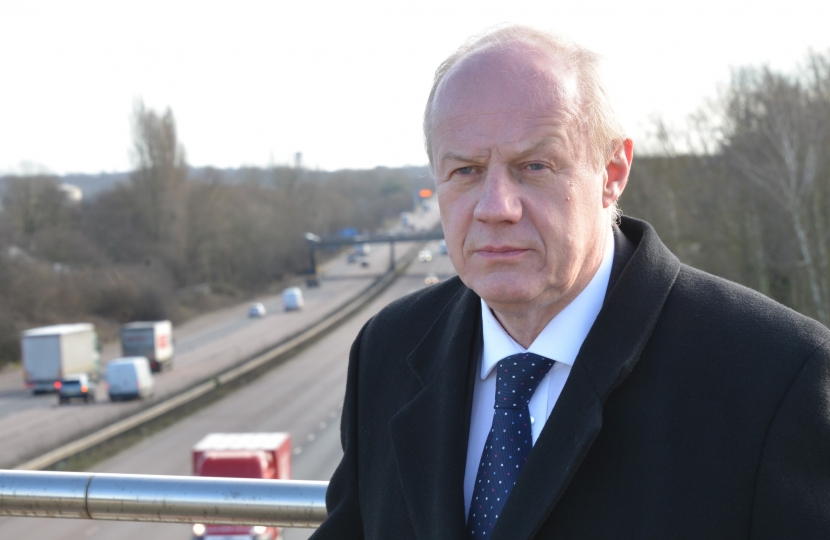 Transport is forever a key issue for those of us who live in East Kent, with attention moving between the threats of blockages on the motorway network, and the services on the trains. In the past few months the spate of road works on the M20 has dominated discussion, but the bigger decisions are being made about the rail network.

We know that the works to strengthen the hard shoulder and therefore avoid full closure of the motorway if there are future difficulties at Dover or Calais will be finished in the next few months. But at the same time the Department of Transport is deciding on the future franchise-holder of the South Eastern Rail Network. This decision will affect thousands of people for years to come on a daily basis.

The new franchise is due to come into operation from next April, so I hope that we will hear a decision before the end of the year. One of the innovations which the new franchise will have is that it will be a full partnership between Network Rail, which runs the track and signalling, and the train operating company. This will meet one of the common problems of the system, which is that it is difficult to pinpoint responsibility for failure if there are delays.

To some extent the current franchise holder and Network Rail have already taken steps towards the new partnership with a joint control centre. Since more than two thirds of delays are caused by the underlying infrastructure, this joint working has contributed to the recent improvement in reliability in our part of the network. Although on that front there is a good deal of improvement to be seen.

For the moment SouthEastern is dealing with new problems. It is providing body-worn cameras to some of its staff, to deal with a disgraceful increase in assaults on rail workers. It is also increasing security measures to cope with an increase in trespass on the rails. In the third-rail power system used on our trains, a trespasser on the line means shutting off all power, causing widespread disruption, so it is important to prevent it as far as possible.

There are three competitors for the franchise, who are all required to offer a significant increase in capacity to ease the congestion many commuters face. This is a highly important decision for the future quality of life of thousands of people in and around Ashford.