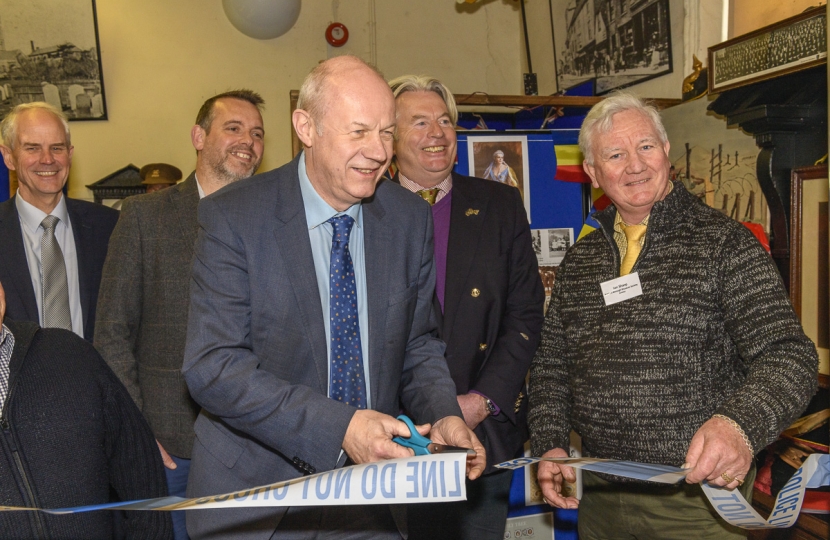 As we huddle together for warmth while the April rain falls it may seem odd to be celebrating English Tourism Week, but this is a vital industry for all of us and it is good to mark the start of the season.

I did so by paying a visit to the Ashford Museum, and opening a new exhibit dealing with the history of the police in Ashford, which is fascinating. Prudently, given the current reputation of politicians, I declined to go inside the old “lock-up” which is part of the exhibit.

Ashford Museum, next to St Mary’s Church, is full of the town’s history, and indeed much older exhibits such as mammoth teeth which have been discovered in the area. There is clearly enough interesting material that it could happily occupy a much bigger site.

Traditionally Ashford is not though of as one of Kent’s tourist destinations, but Visit Kent calculate that the visitor economy here is worth nearly £300 million pounds and employs more than 4,000 people. In Kent as whole tourism is worth £3.6 billion and supports 72,000 jobs.

It is also a growing industry, and with the expansion of the McArthur Glen outlet and the arrival of new attractions like the Curious Brewery Ashford can expect increasing numbers of visitors in future years. This can only be good for hotels and bed and breakfast owners around the Borough. Across the country inbound tourism saw a 9% increase in 2017, so we need to get our fair share of them.

Of course local attractions spread far beyond the town of Ashford, with the beauty of the Weald countryside, and new attractions like the Kent Wine tours. And as for the rain, the old saying has it that there is no such thing as bad weather, only inappropriate clothing.

All of our lives have been turned upside down in the past few weeks. Rightly, we are regularly applauding the efforts of medical staff and other front-line workers as they do the absolutely essential work to keep us safe, healthy, and fed.