Our Man - the good work of charites 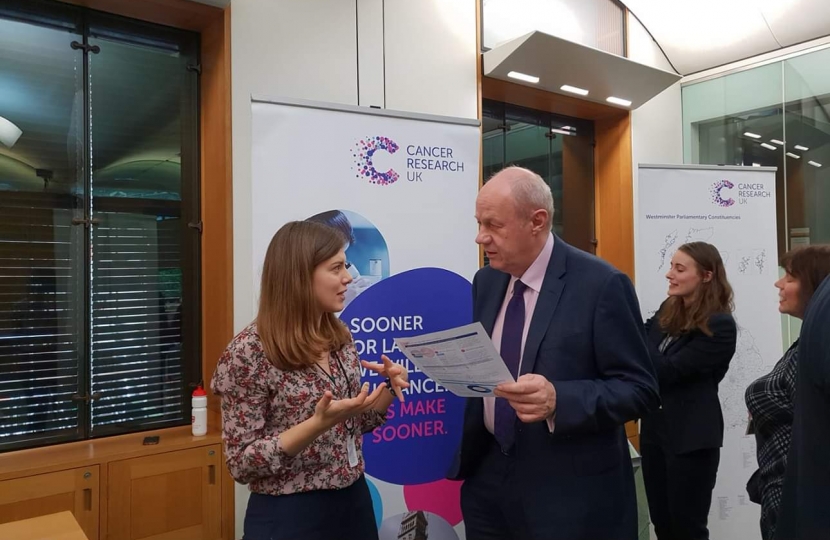 Many charities organise events in the House of Commons to publicise their cause. Often the most useful part of this for me is obtaining the local facts and figures which illustrate how Ashford compares with the rest of the country.

That was certainly the case with Cancer Research UK, who provide a wealth of figures to show how well, and in some cases how badly, we are doing. The underlying picture is that about 4 in 10 cancer cases could be prevented, with smoking the largest single preventable cause, and obesity the second largest.

Turning to the local figures, 17.4% of people in Ashford smoke, which is around (though slightly higher than) the national average. More alarming are the figures on childhood obesity. Just under a quarter of 4-5-year-olds are overweight or obese in Ashford. This is measurably above the national average of 22.6%, and a genuine cause for alarm.

At that age it cannot be lack of exercise, as anyone who has tried to keep a toddler still knows. So it must mean that children are eating an unsuitable diet. This is entirely under the control of parents, and therefore can be dealt with relatively easily.

Other areas of the Cancer Research UK survey paint a more encouraging picture for Ashford. Bowel screening is one of the best ways to allow early diagnosis, and here Ashford’s figure for 60-74-year-olds is higher than the national average.

Fewer than average people in Ashford are diagnosed with cancer through an emergency route, which suggests that cancer is being picked up earlier in the process. This of course makes it easier to treat and gives a greater change of long-term survival.

I know this is not a cheerful subject to have to think about, but we can all take steps to reduce the risk of cancer, and it would be good to see Ashford leading the way.

All of our lives have been turned upside down in the past few weeks. Rightly, we are regularly applauding the efforts of medical staff and other front-line workers as they do the absolutely essential work to keep us safe, healthy, and fed.