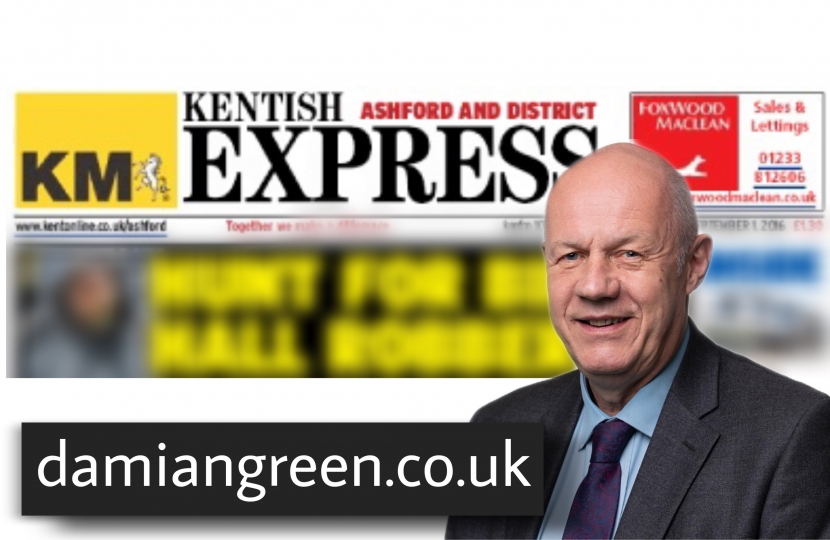 Every so often it is worth commenting on dogs that haven’t barked, or in this case events that have not happened. I am referring to the traffic chaos many of us feared on Kent’s motorways in the early weeks of Brexit.

With a few small bumps along the way, the process has been much smoother than it could have been. The M20 has remained open, so the spreading of traffic jams on to the A roads and beyond, which has caused so much misery in the past, has not happened.

Of course in the early weeks of the New Year there was much less freight traffic than usual, because of the pandemic, so you could argue the system was not fully tested. But at the same time the French authorities introduced the need for negative Covid tests, so this was one more hurdle for truckers to jump along with the extensive new paperwork.

Where we are now is that freight flows are steadily increasing, with flows of 5,000 trucks a day the norm last week. Those who have to be turned back at Dover or the Tunnel are now routinely around 3% of the total, which is manageable.

Testing is now going better than before, which means that around 60% of truck drivers are being tested before they arrive in Kent. This is crucial because as freight levels rise in the coming months there would be a danger of the testing facility at Sevington being over-stretched, with grisly consequences for the surrounding roads.

I know that we have had days where Mersham has been blocked by lorries following the wrong route, and some issues at Waterbrook with trucks queuing back as far as the roundabout on the A2070. But these have been addressed and for the last few days things have been calmer.

I am not naïve enough to predict that the problems won’t recur, but it is worth a small cheer that our road network has coped pretty well so far.

For my first column of 2022 I would love to be talking about anything else but Covid, but I’m afraid we have not yet fully emerged from this long dark tunnel. Surely though we are now in the final weeks where daily life has to be so significantly disrupted by it.