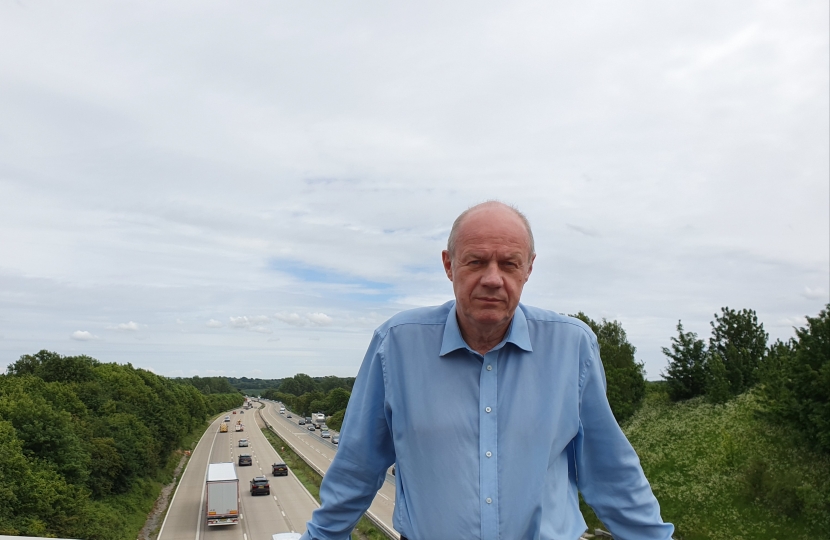 After spending last Saturday unusually in Westminster I had hoped to be able to write this column explaining what happens next in the Brexit saga. Sadly as I write nothing is yet clear, and I can only hope that we can see the route ahead by the time you are reading this.

The key matter for us in Ashford is that with no guarantee about what will happen on October 31st operation Brock on the M20 will be operational from October 28th. This will mean that those wretched barriers will at last have some use, because a contraflow system will be in operation on the motorway.

I have been involved in a number of meetings with Ministers in recent days to try to ensure that Kent’s road network does not come to a standstill. One of the assurances I have been given is that there will be a much greater enforcement effort than before against lorries who try to be clever and take back routes to Dover.

I have insisted that the fact of this enforcement effort is made clear not only to British hauliers but to the foreign hauliers who make up more than 80% of the traffic across the Channel. This is being done in 12 different languages, at 100s of pop-up sites in service stations around the UK and the continent.

As of last week, thirty thousand truck drivers had been personally spoken to, not just about this but also about the paperwork they will need to have to ensure a smooth passage at Dover or through the Tunnel. This is a hugely important part of the effort to minimise disruption at the Border, and to allow normal life to continue for all of us in Kent.

Whatever your views on Brexit, no one wants dislocation and inconvenience to work, schools and hospitals. These precautions had better work.

Our Man in Westminster - Operation Brock

Just when you thought we might be entering a quieter period for the summer Operation Brock on the M20 comes back into our lives. As I write this we are back to two lanes between Junctions 8 and 9, with a 50mph speed limit.