Our Man in Westminster - The Environment and Climate 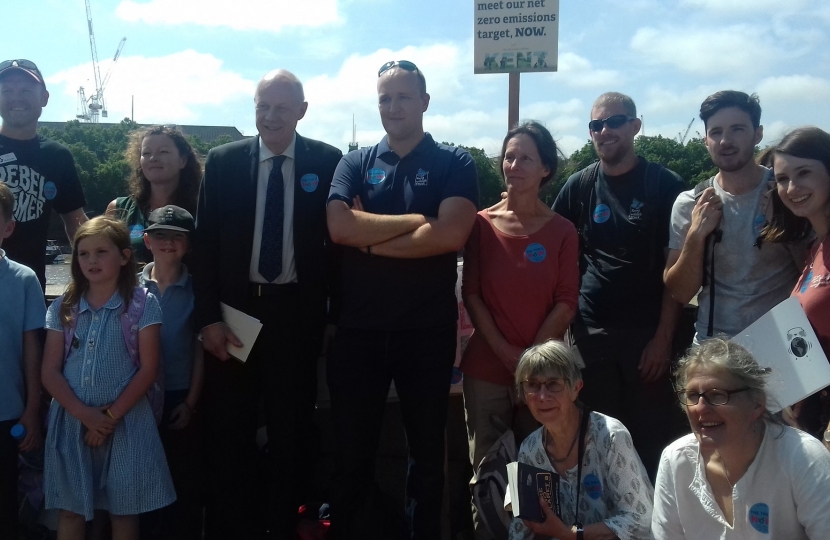 The environment has been at the top of the agenda recently, with a large contingent from Ashford joining a mass lobby at Westminster on behalf of “The Time is Now” movement.

The lobby took place, perhaps appropriately, on one of the hottest days of the year, and all those who came from Ashford were placed on the other side of the river, some way from the Commons. The lobby organisers, not missing a trick organised the greenest form of transport, bicycle rickshaws, to ferry MPs to their constituents.

I was very pleased to meet people of all ages from the area, from Wye schoolchildren to others representing the Kent Wildlife Trust, who want legislation to eliminate carbon emissions, action to stop our oceans choking with plastic, and moves to protect our own green spaces at home.

The current Government has introduced laws to end net carbon emissions by 2050, and the next Prime Minister will inherit an Environment Bill which will set the tone for how we treat our own natural world for a generation to come.

Over the years I have seen many areas, such as Hothfield Common, improved by the efforts of local organisations, as well as the introduction of cycling routes and the green corridor by Ashford Council.

There is always more to do, so it was good in the week of the mass lobby to celebrate the work done around Singleton Lake to build a “fish pass” which makes it easier for spawning fish to use the Stour. This has been an example of good co-operation between local bodies including the parish and borough councils, and the national Environment Agency, who organised my visit.

Singleton Lake is itself an example of a peaceful green environment very close to urban areas and is a sign of what can be achieved when we take our environment seriously.

Parliamentary debate about High Speed One