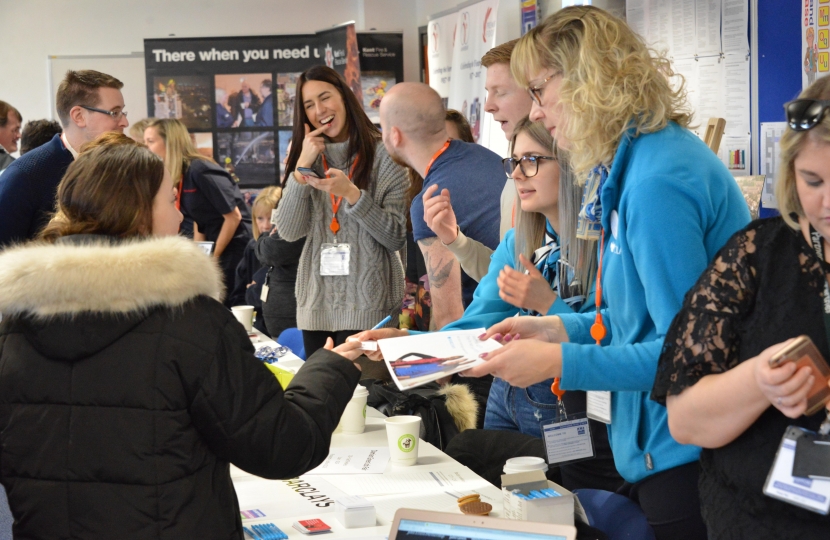 Last Friday the MP for Ashford Damian Green hosted his first Jobs Fair at Ashford College, which was attended by more than 100 people.

The Jos Fair hosted a wide- range of employers from John Lewis to Kent Police, HR GO and The National Citizens Service.

Damian Green said “I was really pleased that so many people turned up looking for a new job or an apprenticeship. It was good to see young people wanting work, and also a significant number of older workers testing what is out there for them. Ashford has a buzzing labour market, as shown by the range of employers who attended from both the private and public sectors. I hope to hold a bigger and even better Jobs Fair next year.”

The Job Centre was on hand to offer a job interview and CV-writing session and Barclays Bank conducted a fraud and financial savings workshop.

Sherrie Price from the Barclays branch in Ashford said: “This was a very successful event for us with many people visiting the Barclays stand during the day. We spoke to a lot of potential recruits, from college students looking for apprenticeships, to people who had been made redundant and were looking for a new career path.”