Our Man in Westminster - Housing and Planning Meeting with Michael Gove 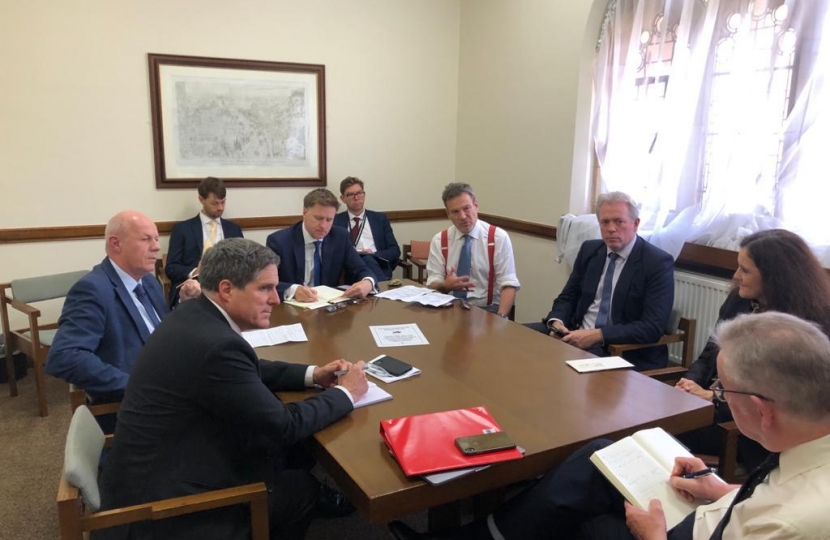 The last few days may have been dominated by the dramas and difficulties of the petrol crisis but in the long term I think one of the key challenges facing the Government is making sure the planning system is seen as fair and responsive.

This is a permanent issue in and around Ashford, as we are a desirable area where many families want to live, including young people brought up in the area, but where also many of us have a fierce attachment to the countryside.

There is no perfect solution. Mark Twain’s sardonic advice “Buy land. They’ve stopped making it,” reflects the underlying truth that you can’t use the same patch of land for two different purposes. So we have to make choices.

In an attempt to persuade the Government to make the right choices in this area I joined a small group of MPs who were invited by Michael Gove, the new Secretary of State responsible for planning and housing, to share our thoughts with him.

We made the point that any new system needed to leave control over important decisions such as which areas would be allowed for development in the hands of local representatives. We were also united in saying that, given that we have a total housing stock of nearly 30 million, whether you build 250,000 or 300,000 new homes a year is relatively unimportant in helping young people buy their own home.

Our group also wanted proper controls over the big developers, so that they actually built the homes for which they have planning permission in a timely manner and did not simply sit on the land for years.

Michael Gove is too sensible a politician to tell us what his final position will be on all of this. But I am pleased that the many concerns passed to me on this issue have been expressed. I will of course continue to make the case.

The world has seemed particularly out of its normal orbit in the last few days. Just as Parliament recessed for the summer, normally a time for the pace of life to ease up, we faced another outbreak of traffic problems, a serious water shortage, and the battle to be the next Prime Minister.