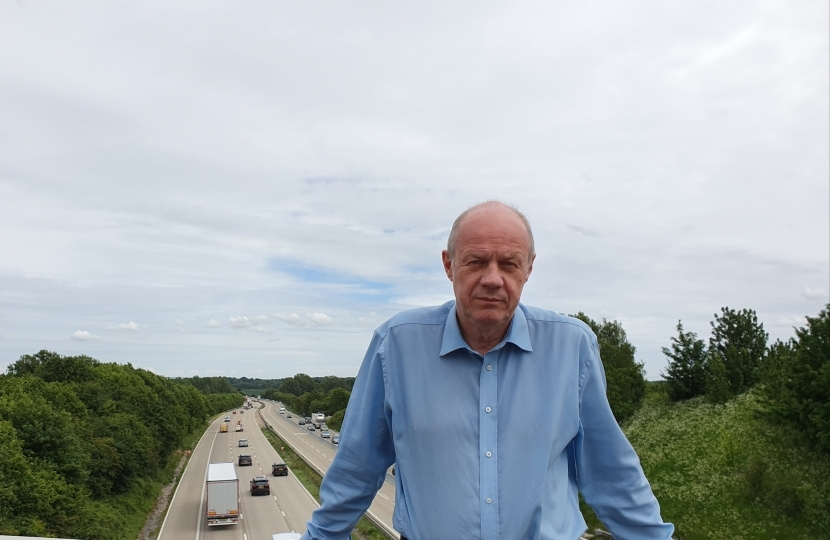 It is a small consolation after the problems on our roads over recent weeks, but at least the restrictions on the M20 were lifted in time to give everyone as normal an Easter weekend as possible, with visits to friends and relatives not being interrupted too badly.

Clearly this was a short-term relief, and as long as the capacity to take freight across the Channel is lower that usual, for whatever reason, our whole transport system in Kent is vulnerable. I know that the set of circumstances that has occurred in recent months has been described as “the perfect storm” of unpredictable difficulties, but perfect storms happen, and we need to be more resilient.

It is a huge disappointment that the current version of Operation Brock has not stood the strain. It is a much better idea than the old Operation Stack, which closed the whole M20. But there is no point denying that a system designed to hold 2,000 lorries cannot cope with a backlog of 4,000 lorries, so we need more.

I and other Kent MPs have spent much of the last couple of weeks explaining this to Transport Ministers. It is now clear that despite the investment in Brock and the movable barrier that other measures are needed, and these measures need to be on a national scale, and not just taken in Kent.

If we need something again soon, I favour a re-introduction of the Kent Access Permit, which controlled the flow of lorries into the county in the first place. It was greeted with huge scepticism when it was brought in as a precaution after Brexit, when no-one knew how the flows across the Channel would work.

Despite the doubters, it worked, and showed that lorries could be dispersed around the country while waiting to cross the Channel. We need something like this on a permanent basis to avoid the horrors of the last few weeks.

Our Man in Westminster - Local Economy

We all know that there is a great squeeze on spending at the moment, because of inflation, but it is fascinating to see how Ashford compares with the national picture on this. For the statistics in this column I am indebted to Barclays’ Local Insights publication.